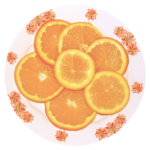 Are you stressed? Here is what you have to know about Alzheimer’s link to stress and cortisol.

More than 5 million Americans are living with Alzheimer’s. This is one of the most common diseases in the ageing population and the most common form of dementia. It can affect anyone.

The healthy brain tissue degenerates and the cells eventually die. You will notice:

Magnetic resonance imaging (MRI) helps to understand the nature of Alzheimer’s Disease and it is also useful for excluding other causes of dementia. However, there is no known cure for Alzheimer’s so far, there are certain therapies available where the quality of life can be improved.

We all go through stressful events during our life. Stress occurs when the body has to respond to a situation that could be dangerous. While some stress is actually beneficial, too much stress can make you sick. The longer the stress lasts, the worse it is for your body. It can make existing problems worse as well. Stress may also become a risk factor for the development of Alzheimer’s Disease since the connection between stress and mental health is undeniable. Yet, the role that stress plays in AD we don’t fully understand.

Cortisol is a steroid hormone that regulates metabolism, controls inflammation and immune response. It is often called “the stress hormone” because cortisol is released when you are stressed. Thus, too much cortisol is considered to be a risk factor for stress- and age-related disorders.

Blood-brain barrier separates the circulating blood from the brain. However, cortisol can easily cross the blood–brain barrier, where it can influence learning and memory. Changes in its concentrations can also cause impairments in attention and perception. High concentrations of cortisol have been observed in individuals with cognitive decline.

According to researches, cortisol has been linked to Alzheimer’s Disease too. Although it is unknown whether these higher levels are a cause or a consequence of disease.

There are numerous clinical trials, in which scientists do experiments. They are testing drugs and treatments for AD. These trials are usually conducted by pharmaceutical companies or contract research organisations (CROs) on their behalf. Getting a clinical trial up and running is often a slow process. Searching enough evidence for a potential medical treatment takes time and requires money. Yet, science has been constantly improving, and we can look the future with optimism.

How to Use Aloe Vera in Your Beauty Routine

What to Know about Clinical Trials?

3 New Year’s Resolutions that May Change Your Life